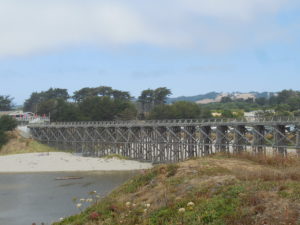 Madame Griselda has been encouraging me to write a guest review for her website, under the assumption that I have “untapped authorial talents.” She gave me a copy of a new book and said that it had the “requisite degree of extramundane content” to be appropriate for such a review. Therefore, I bring you James Morrow’s new novella, The Asylum of Dr. Caligari. It would be a stretch to call it a ghost story, which is usually the fodder of Madame Griselda’s columnists, though there are some elements of people returning from the dead. However, the book is certainly strange and atmospheric. Extramundane is a good way to describe it.

I often wonder what doctors get up to in their spare time. I mean, what do you do to destress from listening to people’s medical problems all day? Many of them, I’ve heard, golf, though I’ve tried this and haven’t found it even remotely relaxing. My wife, Gabrielle, who’s an ophthalmologist, likes to hunt ghosts. (I try to avoid discussing this with the neighbors, but it’s a pretty open secret.) And I know of at least one psychiatrist who’s a very talented jazz pianist. But what would the head of a creepy asylum in Weizenstaat at the beginning of World War One do to occupy his spare hours?

The answer, of course, is that he’s an alchemist and likes to make magical pigments to create paintings that have a profound effect on the viewer. The Asylum of Dr. Caligari is about one such painting and how a group of inmates at the asylum confound its malign influence.

The novella is a fascinating look at the devastating effects of World War One and the flowering of modern art. The narrator is an American, Francis Wyndham, who has seen the famous Armory Show in New York and decides that he wants to become a painter. He finds a job peeling potatoes on a passenger ship and makes his way to France, where he looks up Picasso in hopes of apprenticing himself to the renowned artist. True to form, Picasso sends him packing:

“Enraged by my presumption, Picasso escorted me to the second-floor landing outside his Montmartre studio, threw my portfolio down the escalier, and, taking me by the shoulders, pushed me in the same direction. I tumbled to the bottom, humiliated but unharmed. Rube Descending a Staircase. As the coup de grâce, he hurled a jar of azure-tinted turpentine toward my recumbent form (he was evidently still in his Blue Period).”

Francis has a little better luck with André Derain, the newly appointed art therapist at Caligari’s asylum, who exchanges places with him, giving Francis his job while the Fauvist heads off to fight in the war. The corpulent Caligari is blunt in his criticism of Francis’ portfolio, but sets him up teaching art to three troubled young men and one woman, Ilona Wessels, who believes herself to be the Spider Queen of Ogygia. The outward manifestations of all four students’ illnesses are unusual and debilitating, which makes them all the more sympathetic as heroes in the novel.

Both Francis and Ilona are curious about a new painting which Caligari has done, an enormous canvas titled Ecstatic Wisdom which he keeps hidden in the basement of the art gallery at the institution. It turns out that the piece has power to drive young men into a lust for war, which is just what the commanding officers of the various armies involved in the coming conflict are after, and Caligari is making a fortune showing the work to squadrons of soldiers, inflaming their passions for battle.

If you think that this all sounds a bit bizarre, you haven’t seen half of it yet. The way in which Francis, Ilona, and their friends stop Caligari’s war profiteering is complex and as mystical as Caligari’s painting technique.

You may suppose that the book is going to be rather like the 1920 silent film, The Cabinet of Dr. Caligari. Plotwise, it bears little or no similarity other than the names of some of the characters. However, having watched the movie again after reading the book, I can say that there is a strong element of the artistic in both. The movie is highly expressionistic, particularly notable in the sets used—all those weird angles and strange upright chairs, as well as the heavy emphasis on shadow. These sets give a gloomy and strange aspect to the film, heavy with foreboding and dread, as well as a feeling that things aren’t quite sane, which makes sense given the fact that the story is narrated by a madman.

Morrow’s novella, on the other hand, seems to fall more into the realm of surrealism, another movement which was getting its start at about that time. In this case, the author portrays more realistic people and places, but something is odd about how the humans and settings interact. For example, Fräulein Wessels is a youngish, attractive woman, but also very peculiar in her actions and speech. Even the plot, though rooted in the very real setting of wartime Europe, takes off on the most bizarre and unexpected turns.

I thought at first that The Asylum of Dr. Caligari might be a bit overwritten, heavy on old fashioned formal and figurative language. Take the opening lines of Chapter One, for example:

“From its birth during the Age of Reason until its disappearance following the Treaty of Versailles, the tiny principality of Weizenstaat lay along the swampy seam between the German Empire and the Grand Duchy of Luxembourg like an embolism lodged in an artery. Ruled by a succession of harmless hereditary monarchs whose congenital mediocrity enabled their respective parliaments to run the country without royal interference, Weizenstaat was for many generations a prosperous and idyllic land.”

When I see an opening like this, I am struck by two things: the author has an awesome way with words and a wily sense of humor. But it is this very tongue-in-cheek stodginess that allows the book to maintain a foothold in reality while following such a wild and unbelievable plot. In some ways, the piece reads like a dream or an elongated fairytale, though I think neither comparison is sufficient to describe what is really a small masterpiece of speculation on the horrors of war and the power of art.

James Morrow was born in 1947 and has turned out over fifteen novels and novellas, including The Last Witchfinder (2006), Galápagos Regained (2015), and The Madonna and the Starship (2014). Though he is sometimes identified as a science fiction author, he calls himself a “scientific humanist,” and his work has often contained a satirical look at politics or religion.  The Godhead Trilogy (1994-1999), for example, discusses what happens when God dies, leaving an enormous corpse. Such imagination is evident in The Asylum of Dr. Caligairi, as well.

The Asylum of Dr. Caligari will be published by Tachyon Books in June 2017, and available in all formats. Enjoy!