I love a good ghost story when the weather starts to chill. Of course, anyone 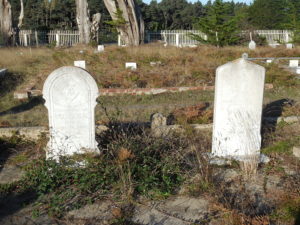 who knows me will tell you that I love them at any time of year, but there is something special about fall and winter: the long nights, Halloween and Christmas, leafless trees looking like tortured and withered skeletons. I always turn to my personal favorite, M.R. James, for an old fashioned English ghost story, but I’d like to let you know about another classic author of ghostly tales, J.S. Le Fanu. Madame Griselda wrote an earlier review of “Green Tea” by Le Fanu in her inimitable style. Today I’d like to recommend two more of Le Fanu’s best short works.

This is an especially spooky take on the old idea of a woman who lives for a very long time, dressed always in the finery of her youth (powdered wigs, shoes with heels “as tall as nine-pins,” and an elaborate dress). She becomes steadily mad as time goes on, tortured by a secret which only she knows. Madam Crowl is almost vampirelike in her withered appearance, with disgustingly long fingernails, fake eyebrows, and bright rouge covering her pale cheeks.

The story is told by a nameless thirteen-year-old girl who has come from London at the request of her aunt to help wait on Madam Crowl. It is on her journey to the house in the company of a couple of men that she gets some idea of what she is in for:

And I looked at him as much as to say, “Why not?” for I had spoke out when I told them where I was goin’, as if ‘twas something clever I had to say.

“Because,” says he—“and don’t you for your life tell no one, only watch her and see—she’s possessed by the devil, an more an half a ghost. Have you got a Bible?”

“Yes, sir,” says I. For my mother put my little Bible in my box, and I knew it was there and by the same token, though the print’s too small for my ald eyes, I have it in my press to this hour.

As I looked up at him saying “Yes, sir,” I thought I saw him winkin’ at his friend; but I could not be sure.

“Well,” says he, “be sure you put it under your bolster every night, it will keep the ald girl’s claws aff ye.”

Our heroine is sometimes a little difficult to understand because she speaks in a dialect (of which part of England, I’m not sure). But that doesn’t detract from the terrifying nature of her discoveries at Applewale House, the lair of the old woman. On her first night, she finds a leather strait-waistcoat in a cupboard, and is immediately told off by her stern aunt for handling it. I’ll leave it to you to guess what it might be for. Our narrator doesn’t meet Madam Crowl till the next night when the girl decides to creep into her bedroom to have a peek at the old dame while she is sleeping. Bad idea!

Le Fanu generates a strong sense of foreboding in this short (12 pages) tale. And I think the fact that it is told by a youngster who is perpetually in fear and awe of her surroundings at the creepy old mansion helps add to the dangerous atmosphere. But this is largely a personal story, with the strongest element of terror being not so much the house, but its elderly occupant.

“The White Cat of Drumgunniol”

This is another short and sweet piece (about 10 pages, if you’re counting). I say sweet, but really it’s a story about members of a family who all come to a bad end. I’ve read all sorts of stories about cats, one of my favorites being Poe’s “The Black Cat,” and, of course, there are many superstitions surrounding cats, particularly of the black variety (and that doesn’t even begin to cover black dogs!)

But in this case, the harbinger of doom is a white cat, so this piece reverses the stereotype about creepy cats. It takes place in Ireland, and again is told in the first person, but this time by a learned old member of the cursed Donovan family who has wisely removed himself from the village where the terror takes place to Dublin. The descriptions of the surroundings are vivid, particularly the ancient stone monoliths and the dry riverbed down which our narrator’s grand-uncle is riding his horse when he first spots the cat of doom. Here is something of the prose of the story:

“When I was a boy, said he, living at home in Drumgunniol, I used to take my Goldsmith’s Roman History in my hand and go down to my favourite seat, the flat stone, sheltered by a hawthorn-tree beside the little lough, a large and deep pool, such as I have heard called a tarn in England. It lay in the gentle hollow of a field that is overhung toward the north by the old orchard, and being a deserted place was favourable to my studious quietude.”

The scene of the grand-uncle’s wake is particularly menacing, with the cat really coming into its own as a terrible fiend. Mr. Donovan, the storyteller, likens the cat to a banshee, except that he says a banshee is friendlier. I’m not so sure of that—I don’t think I’d like to run into either this cat or a banshee—but I suppose from the point of view of a man whose family are being forewarned one by one of their own demises, the cat is worse.

Joseph Sheridan Le Fanu was an Irish author of Huguenot descent, hence his French last name. He lived from 1814 to 1873. After his wife died in 1858, he became reclusive, but these years were his most productive writing period. He published a number of novels, including The House by the Churchyard (1863) and Uncle Silas (1864), as well as the short story collection In a Glass Darkly (1872). He was well respected in his lifetime, but neglected after his death, which is a shame, because he wrote some of the very best ghostly tales I have run across, like the stories I discussed above. I found these two in a Wordsworth Classics edition called Madam Crowl’s Ghost and Other Stories, published in 1994, though the original edition was compiled by M.R. James (who was an admirer of Le Fanu) in 1923. The book is available at Amazon, Barnes & Noble, and Powell’s Books.