I have been asked by Madame to provide a brief annotated listing of some of her favorite literature. “Stories” in the context of ghosts is, according to 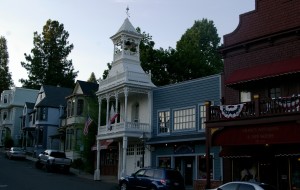 Madame, a matter of perception. In most cases she views these as actual recordings of events, though perhaps somewhat distorted through the retelling of them to an author. The additional listings here are classics of other genres which Madame particularly enjoys. This is by no means an exhaustive list of works with a fantastic element to them; many other fine examples exist.

Note:  I have provided links to a number of sites where the reader may order or download these books.  Barnes & Noble carries Nook (ePub) electronic books as well as paper copies.  Amazon carries Kindle (mobi) electronic books and paper copies.  Powell’s Books carries only paper copies, but the titles I have listed for them are also carried by Project Gutenberg, who provide editions in ePub and mobi form (and other electronic formats) for free.  ePub is also the format used by iBooks, and many of the titles may be found in the iBooks store, usually at cost.  There are Nook and Kindle apps for iPad and other tablet devices, as well as for computers, which allow users without a Kindle or Nook reader to download from Amazon or Barnes & Noble.

Algernon Blackwood: “The Willows.” A chilling story of a night spent on a sandy islet in the backwaters of the Danube River. Powell’s, Gutenberg

F. Marion Crawford: “The Screaming Skull.” I cannot venture to say whether this piece sparked Madame’s interest in animated crania, but it is a riveting story, and a curious one, being told as if the reader is actually in conversation with the teller of the story, an uncommon literary device, as I understand.  In Wandering Ghosts.  Powell’s, Gutenberg

Charles Dickens: “The Signalman.” Though Mr. Dickens wrote many stories featuring ghosts, including the classic A Christmas.Carol, Madame is particularly fond of the taut account of the isolated railway worker featured in this piece. Powell’s, Gutenberg

Washington Irving: “The Legend of Sleepy Hollow.” The classic tale of the Headless Horseman, set in upstate New York. Originally part of The Sketchbook of Geoffrey Crayon, Gent.  Powell’s, Gutenberg

Henry James:  The Turn of the Screw.  (Norton, 1999. Originally published in 1898.) Though Madame is of the opinion that Mr. James is the most tedious author in the history of literature, this particular psychological tale of the possession of two children by ghosts, is, to her, genuinely frightening. Barnes & Noble, Amazon

M.R. James: Ghost Stories of an Antiquary. (Dover, 1971. Originally published in 1904.) Madame is particularly fond of the subtle humor in Mr. James’s recounting of the events of these stories which include “The Mezzotint,” “The Ash Tree,” “Canon Alberic’s Scrap-book,” and “‘Oh, Whistle, and I’ll Come to You, My Lad.’” Many feature a protagonist of an antiquarian or academic bent, which is a background shared by Mr. James himself. Powell’s, Gutenberg

J. Sheridan Le Fanu: Madame Crowl’s Ghost and Other Tales. (Wordsworth Classics, 1994) These works by the Irish author Le Fanu (1814 -1873) provide an invaluable record of ghostly happenings in the Emerald Isle. Told in entertaining fashion, often using dialects particular to the locales, they are some of Madame’s favorite treatises on the subject of ghosts. Powell’s,  Gutenberg (Madame Crowl’s Ghost and the Dead Sexton)

Edith Wharton: The Ghost Stories of Edith Wharton. (Simon & Schuster, 1973) Ms. Wharton, who lived between 1862 and 1937, professed a fear of ghosts in childhood. Here, she presents some of the most chilling, moody accounts of supernatural happenings available. Barnes & Noble, Amazon

Murray Bail: Eucalyptus. (Harcourt Brace, 1998) Mr. Bail is an Australian author, and this tale of the relationship between a mysterious stranger and a young woman in a grove of the many species of Eucalyptus trees evokes The Arabian Nights. Barnes & Noble, Amazon

Agatha Christie: By the Pricking of My Thumbs. (Dodd, Mead, and Company, 1968) A mystery featuring Thomas and Prudence “Tuppence” Beresford. A highly atmospheric piece, with a strong suggestion of the supernatural. Barnes & Noble, Amazon

Arthur Conan Doyle: The Hound of the Baskervilles. Many editions are available. Madame is proud of her own editions of the original Strand Magazine, in which the story was serialized between August, 1901 and April, 1902. There is a fine limited modern edition from Arion Press with atmospheric black and white photographs by Mr. Michael Kenna. (A less expensive paperback facsimile is available from North Point Press, 1986). Madame is very fond of the Sherlock Holmes stories, and this account of murder on the moors is, with its extramundane overtones, a particular favorite. Barnes & Noble, Amazon (North Point Press Edition), Gutenberg

Jack Finney: Time and Again. (Simon & Schuster, 1970) A time travel romance. Not a genre Madame is overly fond of, but Mr. Finney has an engaging style, and the work is fast paced and illustrated profusely with historical photographs of 19th century New York City. Barnes & Noble, Amazon

John Fowles: The Magus. (Random House Modern Library: 1998—Originally published in 1965) A well written account of the development of a curious relationship between a mysterious millionaire with strong psycho-suggestive if not outright supernatural powers and a brash young teacher. Set on a Greek island. Barnes & Noble, Amazon

Dorothy L. Sayers: The Five Red Herrings. (1931) A lively account of the goings on in a community of Scottish artists. When the most despised of them is found dead, suspicion falls on the other painters, each of whom had a grudge against the dead man. A mystery featuring the famous Lord Peter Wimsey. Barnes & Noble, Amazon

Robert Louis Stevenson: “The Bottle Imp.” An intriguing take on the granting of wishes by an otherworldly power, on this occasion set in in San Francisco and Hawaii. Powell’s, Gutenberg

Macbeth. Or “The Scottish Play” as it is known to thespians. Madame’s favorite Shakespearian tragedy. Powell’s, Gutenberg

James Thurber: “The Catbird Seat,” “The Secret Life of Walter Mitty,” “You Could Look It Up.” Pieces by one of the great American humorists. Madame’s favorite light reading. Barnes & Noble, Amazon

Jerome Clark. Unexplained!  (1999)  Not so much a guidebook as a survey of various unusual phenomena throughout the world, some well known and others less so.  Mr. Clark examines the documentation surrounding these peculiar creatures and occurrences, occasionally debunking them.  Though Madame is not always in agreement with his opinions, she does agree that this book is a useful introduction to some of the more puzzling mysteries on the planet. Barnes & Noble, Amazon

Antoinette May: Haunted Houses of California. (Wide World Publishing, 1990) For the amateur interested in some of the most haunted locales of California, this book is a valuable resource. Powell’s, Barnes & Noble, Amazon

John Bellairs: The House with A Clock in Its Walls. (Dial Press, 1973) A spine tingling adventure with a young protagonist, illustrated with drawings by Mr. Edward Gorey. Barnes & Noble, Amazon